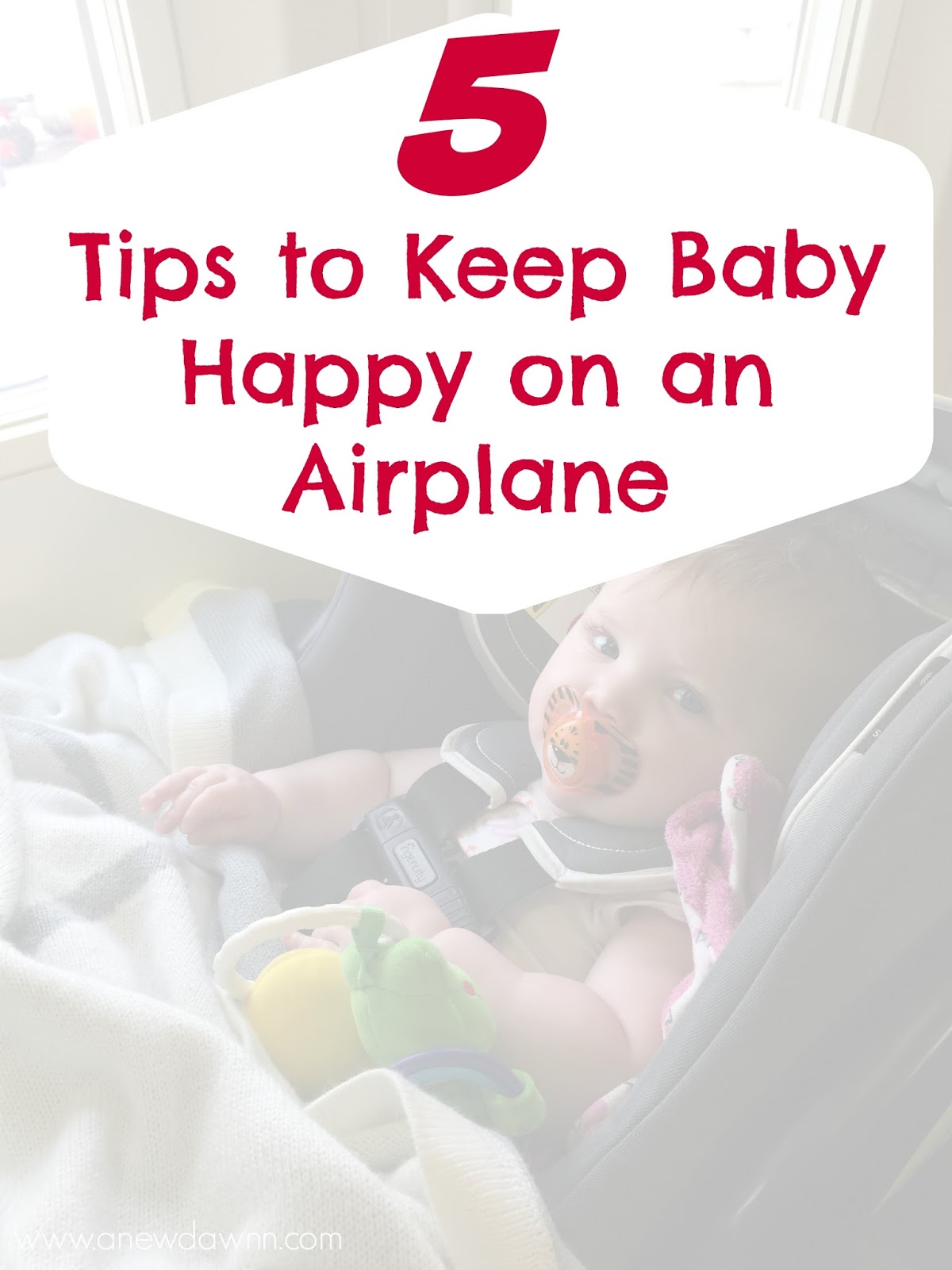 We just came home from an amazing vacation/conference but leading up to the event, I was a nervous wreck. After the all the excitement calmed down, I was left realizing I just booked a trip to fly with my seven month old. What was I thinking?! I not a huge fan of flying to begin with but now I just threw in the uncertainty of flying with an infant. My son was almost two and a half when we flew with him for the first time. Even though she’s a good baby, I wasn’t sure how she would handle the plane ride, the press in her ears and everything else that goes along with it. It was a total crap shoot. In the end, everything worked out great and she did amazing. The people in the row behind us didn’t even realize there was a baby on the flight. I know everyone is not that lucky and heck, she may cry the entire time our next flight but until then I have a few tips to share on what worked (and didn’t ) for us.

Get baby their own seat
I was back and worth on this one for awhile. Who am I kidding I was back and forth on this until the night before. The consensus between friends was split right down the middle. When we flew with my oldest at two and a half, he sat on my lap and everything was fine. I didn’t want to lug our car seat through the airport and since she really isn’t a fan of her car seat, I thought keeping her on my lap would be the best idea.Then I started googling emergency situations and what would happen if she didn’t have a seat. That was enough to send me into a panic. (Did you know in severe turbulence lap babies are wrapped in blankets and placed on the floor?!) I called Southwest the night before out flight looking to book her a seat. Lucky for me the flight wasn’t full and the really nice agent recommended that when I check in, I bring the seat and as long as the flight doesn’t fill up, they would let me put her in a seat. I felt much better but still worried that it might fill up. In the end, it didn’t and they gave me a seat (kudos Southwest!) but for our trip home, I booked her a seat. I wasn’t taking the chance and I was a lot calmer knowing she would be as safe as I could make her. Plus she slept the entire time going. If I was holding her she may not have done that.

Bring New Toys / Teethers
Have a little stash of toys tucked away in your purse or diaper bag. I brought a few new teething rings and a couple of toys she hasn’t seen or played with in awhile. While we didn’t need any of these flying to Florida since she slept, on the way home she was awake the entire time and they kept her busy. She had plenty of toys here at home that she hasn’t played with a lot or hasn’t seen in awhile so they’re the ones I brought. If you know you have a flight coming up and don’t want to buy more toys, hide a few ahead of time so baby will be surprised when you bring them out. 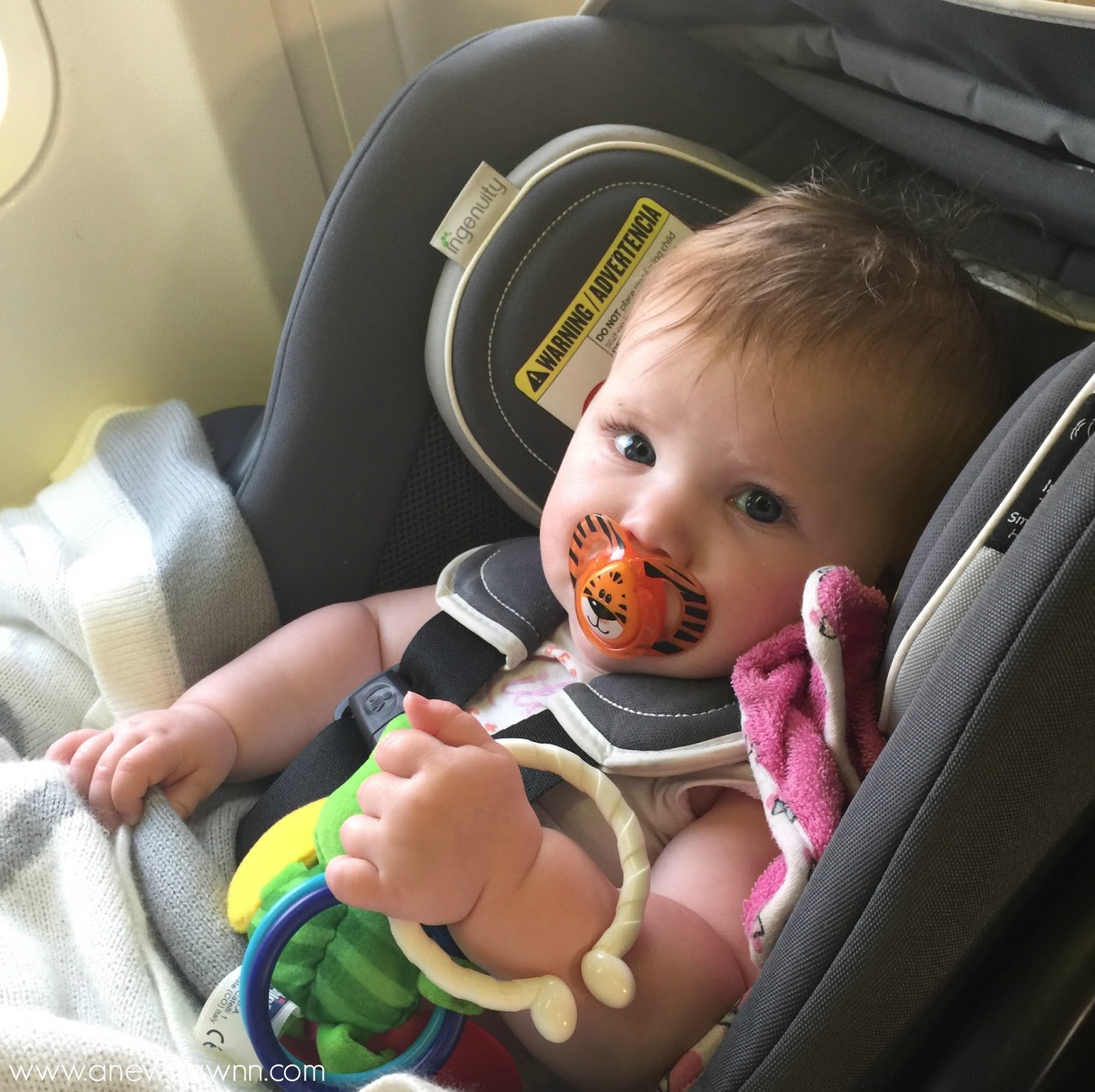 Pacifiers
Having something to suck on during take off and landing can really help baby’s ears with the pressure. I tried to time her bottles for take off but unfortunately she ended up wanting a bottle at the airport and wanted nothing to do with the bottle I tried to give her on the plane. Thankfully I had a bag backed full of our favorite Tommee Tippee pacifiers. These are her favorite paci’s so I made sure I picked up a few extra packs before we left in case we lost any while away. The newly designed Tommee Tippee pacifiers are available in a host of new colors and styles. You can check out all their adorable designs here.

Bring Things That Make Noise
My little one loves the crunchy sound plastic bags make. She was asleep when they came around to pass out the snacks and neither my son or I wanted the pretzels right then so I put them by her feet against the seat. When she woke up and found them, she spent the remainder of the flight kicking the little bags to hear the noise. Free activity that kept her busy for at least 40 minutes! 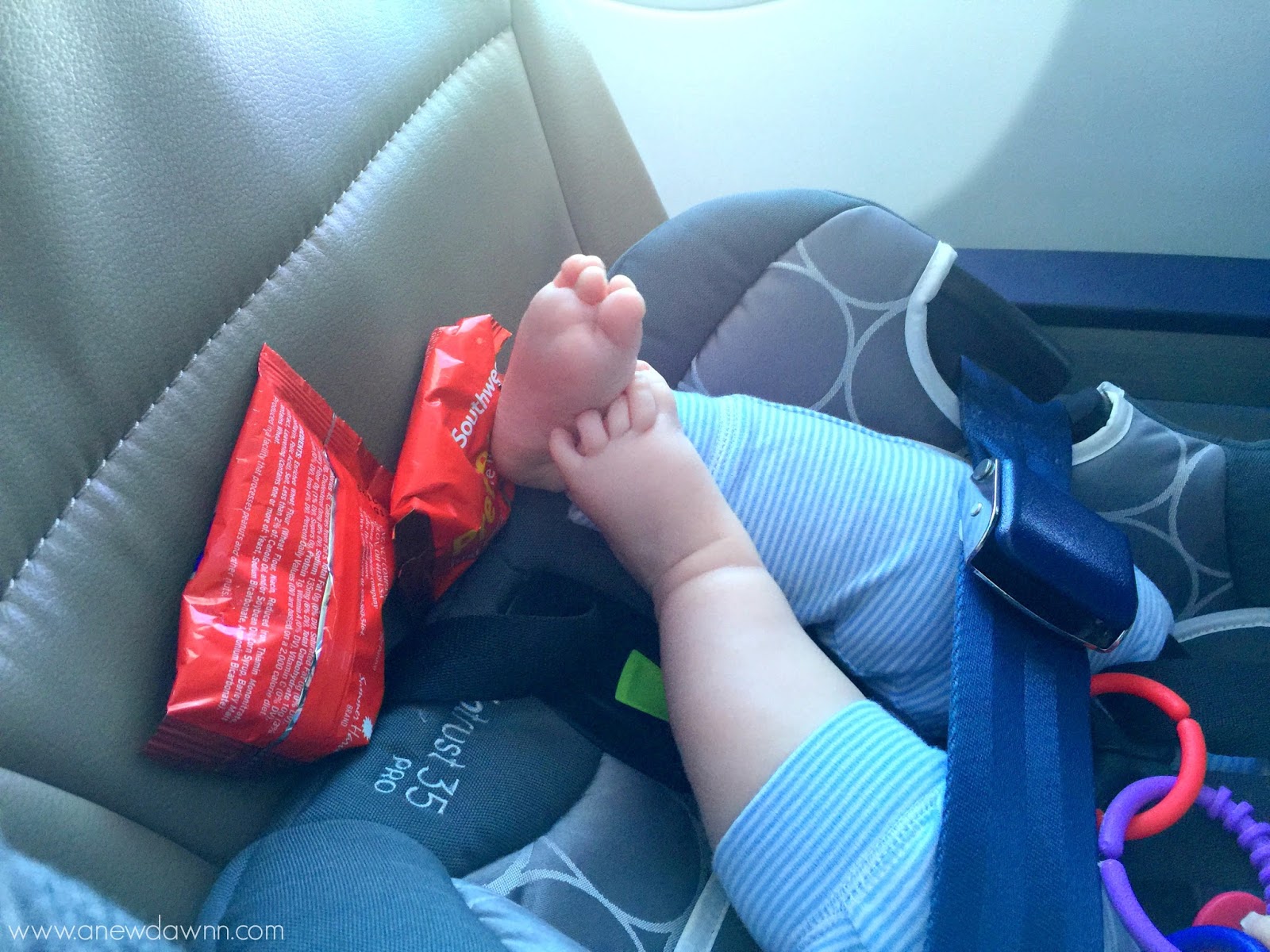 Pack Extra Clothes For the Flight Home
While this may seem like a silly one make sure you pack them where you can access them. I packed plenty of extras of everything – diapers, wipes, diaper bags for any accidents – but I failed to pack an extra outfit for the plane on the way home! It was only a 2 hour flight but coming home she had a major blow out. The extra outfit I packed in her diaper bag I took out at the hotel and never put another one back in. I tried changing her in the seat (another huge mistake) because I’ve never been in an airplane bathroom and didn’t want to figure out how to use one with a messy baby and ended up making an even bigger mess all over me. Ha! That was truly an adventure and I smelled like poop the entire trip home. So make sure you have an extra outfit for the plane ride home.

Do you have any tips for flying with little ones? I’d love to hear them!

Disclosure: This is a sponsored post in collaboration with Tommee Tippee. I’m a Tommee Mommee and all opinions expressed herein are my own.

Welcome to A New Dawnn, where every day is a new adventure! I’m so glad you’re here. Join me as I share fun, family travel destinations, delicious recipes and fun DIY’s.
I hope to inspire other parents to pursue their love of travel by them find the perfect vacation spot all while keeping up with the latest trends and creating family memories through travel that will last a lifetime. Learn more about me HERE

Want to chat? Email me:

0shares
We use cookies to ensure that we give you the best experience on our website. If you continue to use this site we will assume that you are happy with it.OkPrivacy policy